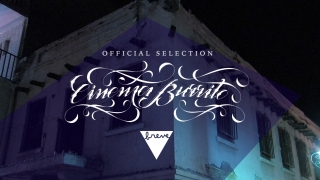 El Flaco premieres as an Official Selection of Cinema Burrito, a Film Festival in Mexico City, on Thursday, May 18, 2017. El Flaco will screen along with ten other short films showcasing the border community of Juarez, Mexico, and El Paso, Texas. The festival will run in a continuous circuit from May 18th throughout May 28th in Galería Breve, a gallery known for their short weekend exhibitions and film screenings located near by El Palacio de Bellas Artes, an area known for modern arts and entertainment in Mexico City.

Krisstian states during an interview for Kn2s Productions that Mexico City is known for their fine arts and films and to thinking that El Flaco will premiere in the epicenter of all that, “its mesmerizing.” When asked why this festival his exclusively showcasing border films, he says,

Juarences are working people, seeking a better future, just like El Flaco, and I am glad Cinema Burrito is putting the works of exactly these kind of people in the spotlight, in front and behind the camera.
KRISSTIAN DE LARA

El Flaco will be screening at the Cinema Burrito Film Festival, La generación que nunca fue:
Galería Breve Colima 256 Colonia Roma – Thursday May 19th, 2017 in Mexico City.
Films will be screening daily from May 18th throughout May 28th.
View the program here. | Watch the trailer below or click here