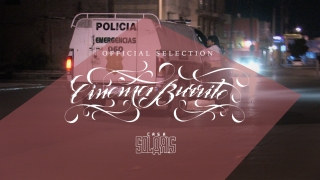 El Flaco continues its run as an Official Selection premiering at the Cinema Burrito Film Festival in Medellin, Colombia, this Saturday, July 8th, 2017. El Flaco will screen along with ten other short films showcasing the border community of El Paso, Texas and Juarez, Mexico. The festival will take place at Casa Solaris “The House of Cinema,” a space dedicated to films, it’s creation and reflection of the arts.

Cinema Burrito Film Festival, “La generación que nunca fue” (The generation that never was), will showcase shorts, stories and documentaries exclusively from eight independent filmmakers originally from the border community. The festival is organized by Alfonso Duarte, Daniela Uribe and Federico Martínez and will be presented by Folks, Cool Raccoon and Casa Solaris.

El Flaco is a documentary short that tells the story of a male prostitute on his late-20s that makes a living in the dark and gloomy streets of downtown Juarez, Mexico.

I think it is what I had before I filmed it; curiosity. I was curious about what a male prostitute does and doesn’t do, as if you were opening a little window to his world and honestly, it’s fascinating. Aside that fact, it might be hard to find a male prostitute working the streets in the middle of the night and even more difficult asking your mother to pay for him [Krisstian laughs, more about that story click here] but I can relate as to why people are intrigued by his story.KRISSTIAN DE LARA