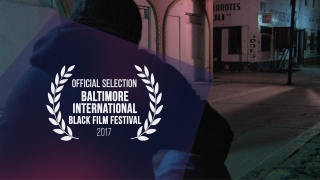 The 5th Annual BIBFF will be held October 4th to the 9th with the best in independent filmmaking while enhancing the diverse cultural landscape and economic vitality of Baltimore City. The BIBFF is truly a “Charm City” event blending entertainment and education through a uniquely diverse cinematic experience.

Producer and director, Krisstian de Lara states during an official El Flaco interview what he wishes to achieve with this film,

I hope to shine a light on prostitution and show audiences how connected Mexico and US are and with the hopes as well, to give a voice to the people who society often ignores.
KRISSTIAN DE LARA

El Flaco will be screening at the 2017 Baltimore International Black Film Festival:
Friday, October 6th, 2017 at 6:45pm in Baltimore, MA.
Murphy Fine Arts Center – Morgan State University
El Flaco will be part of the “Come Get To This” Category:
Click here to get your tickets | Watch the trailer below or click here