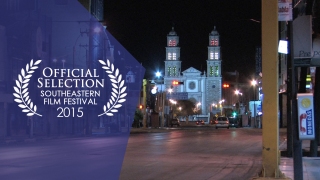 El Flaco becomes an Official Selection of the 2015 Southeastern Film Festival in Nashville, Tennessee. El Flaco will join 80 films from all over the world premiering this November at the festival. Krisstian is enthusiastic to screen the documentary he produced and directed in Juarez, Mexico, which previously took home the Best in Festival award at the Sun City Film Festival. In addition, the documentary contains an original score orchestrated by Maxwell Sterling.

El Flaco is a documentary about a male Mexican prostitute residing at the border of Juarez, Mexico and El Paso, Texas who serves clients from both countries and pays for police protection to be able work on the downtown streets of Juarez, Mexico.

Krisstian states during an online interview for Kn2s Productions that he is pleased to share this story outside of Texas. El Flaco highlights the importance of how, at the border of Juarez and El Paso, government and locals see two different cities and often ignore the unification of one big community affected by each other. He concludes,

A new light shines on the topic of male prostitution and I’m glad El Flaco brings this topic to the table.

El Flaco will be screening this November at the 2015 Southeastern Film Festival:
More information regarding the location, date and time are yet to be determined.
Click here to watch the trailer.
More news about El Flaco:
Krisstian Takes Over Sun City Film Festival