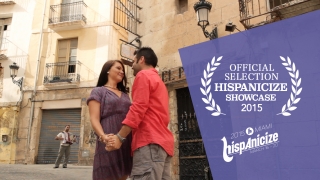 Limbo is Officially Selected to be part of the 2015 Hispanicize Film Showcase and opens the red carpet event in Miami Beach, Florida this Wednesday, March 18th of 2015. Limbo will screen at Regal South Beach, located on Lincoln Road, one of most iconic and trendy places in Miami. Lincoln Road is a place known for modern arts and entertainment and is the epicenter of South Beach, hosting global events throughout the year.

Limbo tells the story of Susana, a woman who’s fed up with the monotone relationship she has with her husband. As she explores the beautiful city of Alicante, Spain while traveling with her husband, she encounters a man who redefines her definition of love. A film directed by Krisstian de Lara.

Krisstian states during an online interview for Kn2s Productions that he is excited to share Limbo at the red carpet event. He concludes,

I am honored that Limbo will be opening the Hispanicize Film Showcase at such an international platform and have the opportunity to encourage other Latino filmmakers to create films that spotlight Hispanics all across the board.
KRISSTIAN DE LARA 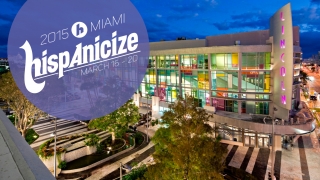 Limbo will be featured preceding Maria Montez:
Click here to get your free tickets! | Watch the new trailer here

Shop at Our New Online Store!

From apparel to home decor, audiences and fans will now have a chance to purchase official merch!
Shop Now

After a long journey, I'm super excited to announc