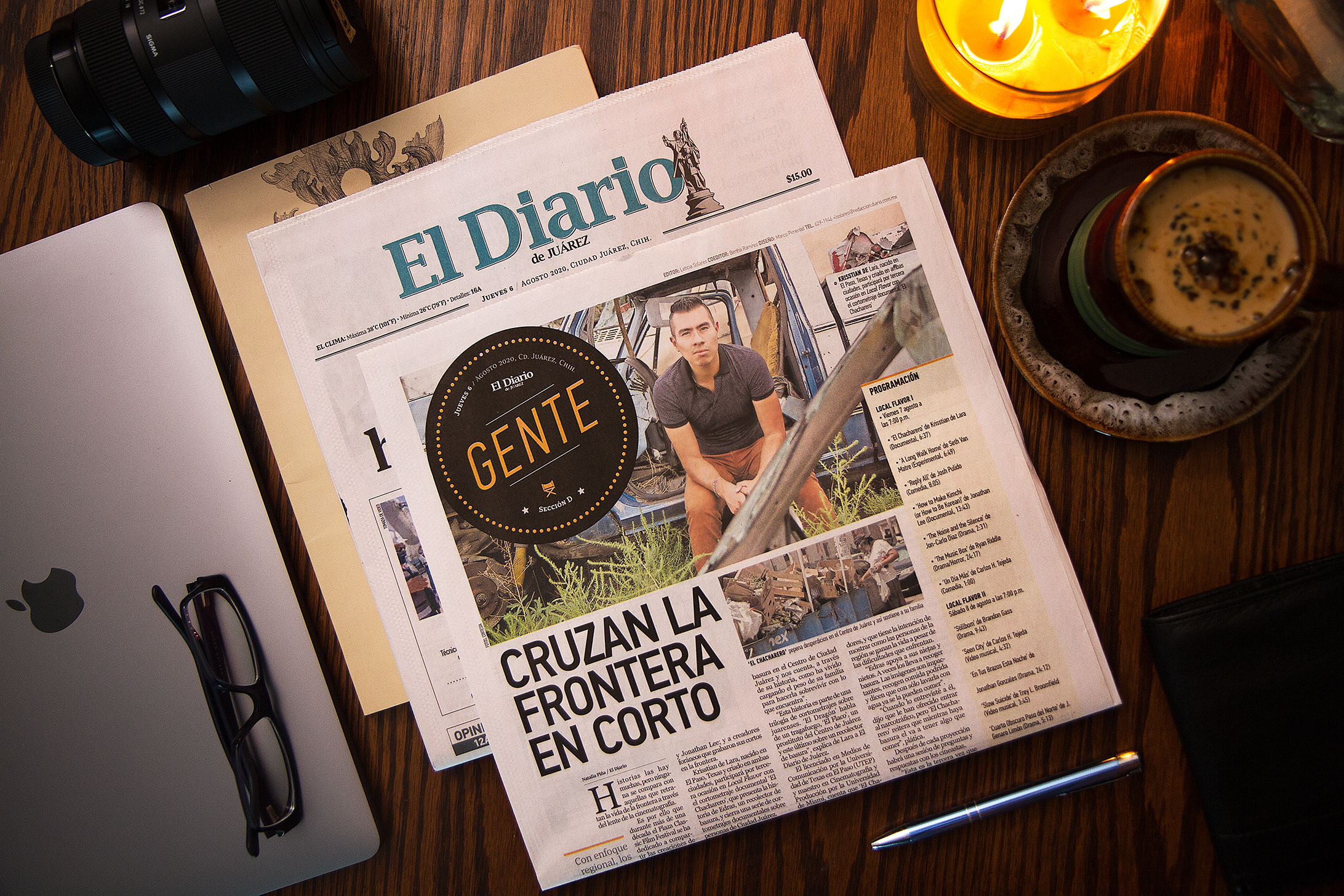 Director Krisstian de Lara gets featured on the front page of El Diario de Juárez‘ entertainment section for the upcoming screening of his documentary short film, El Chácharero. El Chácharero is the third chapter from a trilogy of documentaries that showcase the most shocking lives from the border community. This third film tells the story of Edras, a man that survives from picking up trash in downtown Juarez, Mexico, and its correlation between the US and Mexico border. The article highlights Krisstian’s showcase of his final installment at upcoming film festival, the entire documentary trilogy, and confessions that were told to him by El Chácharero when filming the project.

The story was written by correspondent Natalia Piña who interviews Krisstian in detail for the Thursday, August 6th edition of the newspaper’s entertainment section “Gente”. The half page spread article titled, “Cruzan la frontera en corto” (Crossing the border with a short) starts off stating, “Many stories are told but none of them can compare to the ones being told how life is lived at the border through the cinematic lens.” Natalia then speaks about how the Plaza Classic Film Festival has been showcasing classic and local films for more than a decade with productions filmed locally from native border filmmakers such as Krisstian de Lara with El Chácharero. 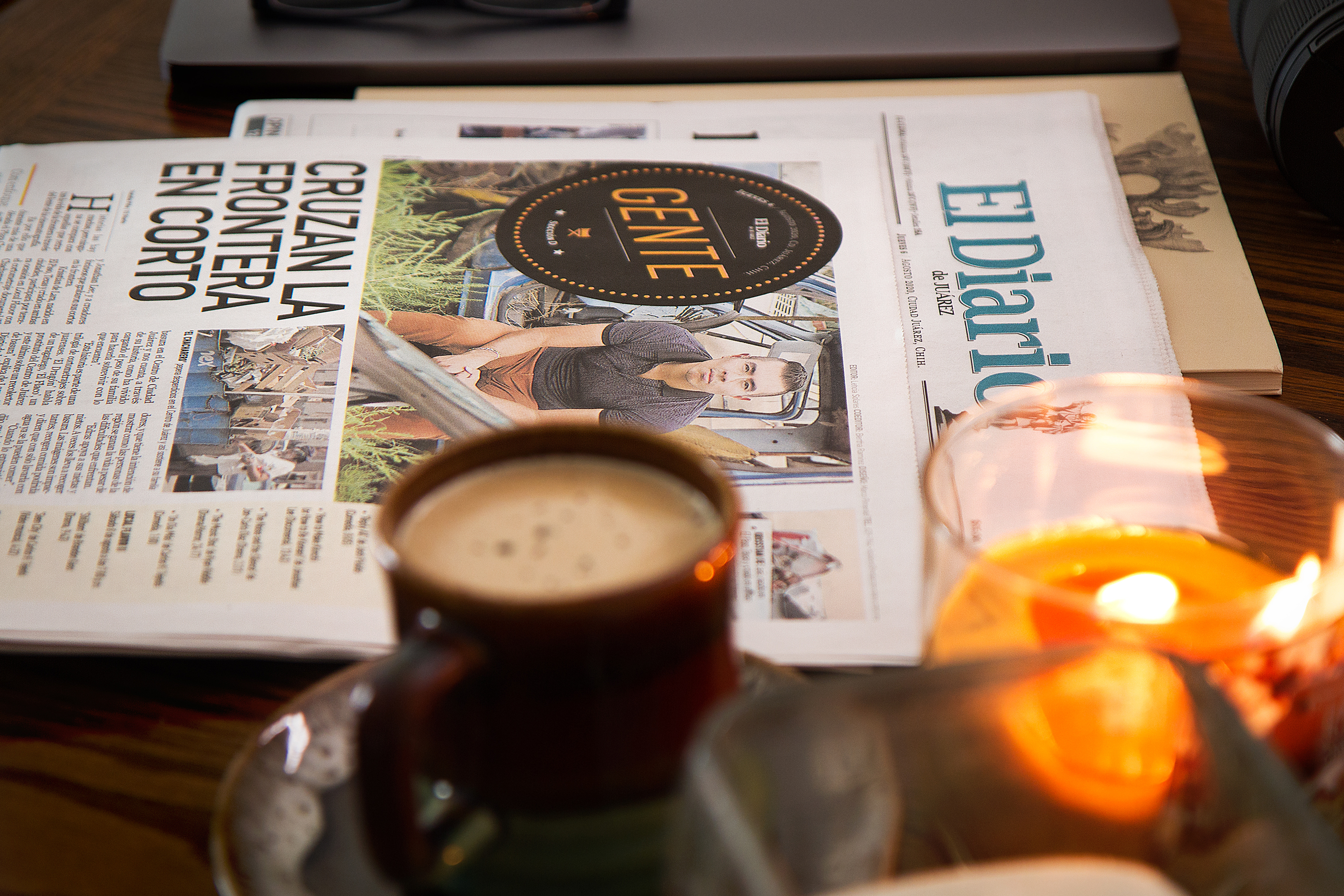 The articles continues to state that Krisstian, born in El Paso and raised in both sides of the border, will be participating for the third time and screening the final chapter of his trilogy Friday, August 7th at Plaza Classic Film Festival. “El Chácharero is a man who earns a living picking up trash in downtown Juarez and tells us through his story, how he has lived with the weight of his family on his shoulders to survive with what he finds.” Krisstian expresses. “This story forms part of a trilogy of documentaries about people from Juarez. ‘El Dragón’ is about a fire breather, ‘El Flaco’ a male prostitute from downtown and this last one about a trash collector.” Krisstian tells El Diario de Juárez.

The piece then notes Krisstian’s higher education with a bachelors degree in Communication Studies from the University of Texas at El Paso and a masters degree in Motion Pictures Production from the University of Miami and how he tries to shine a light on these individuals who try to earn a living despite the difficulties they face. Krisstian reveals, “Edras supports his granddaughters and grandsons. Sometimes he brings them with him to pick up trash. The images are impactful, they collect rotten food and say that by simply rinsing it with water they can consume it.”

The article indicates a Q&A session will be conducted with the filmmakers after the screening. Krisstian concludes,

When I interviewed him, he said they offered him to join the drug trafficking world but ‘El Chácharero’ reiterates that as long as there’s trash, he will have something to eat.

The story ends by listing the full Local Flavor Program with both screening days on Friday, August 7th and Saturday, August 8th. El Chácharero will be opening the program and the online admission entry is 5 dollars.