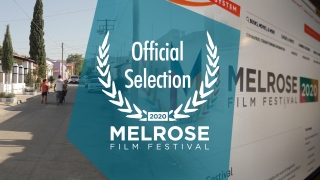 El Chácharero is officially selected to premiere at Orlando’s Florida 3rd annual Melrose Film Festival starting Friday, September 18th, 2020 under the documentary category. This year’s festival is going virtual for the first time due to the pandemic and will showcase 75 projects from more than 20 different countries that were hand picked from over 1,300 submissions. Not only that but El Chácharero will open the documentary category following nine other diverse films from around the world.

El Chácharero is the third installment from a trilogy of documentary films that showcase the most shocking lives from the border community of Ciudad Juarez, Mexico and El Paso, Texas. El Chácharero, tells the story of Edras, a man that survives by picking up trash in downtown Juarez, directed by Krisstian de Lara, produced by Uriel Venegas and music from Floating Isle and Remy Bourgeois.

When asked at an online Q&A event after the screening of El Chácharero at Plaza Classic Film Festival about what surprised him, de Lara reveals,

It really reminded me that we never get to see the other side of the coin. We are always seen as, the US, as these angels but if it wasn’t for such a high demand [of drugs] maybe we wouldn’t have such extreme violence in Mexico and how big we play a role in other countries due to that.

During the same Q&A event, the Producer of the film, Uriel Venegas, also stated, “There’s many things that surprised me. […] He goes beyond of just picking up trash but brings his family to be part of it as well.” De Lara adds, “This whole thing, picking up trash and teaching her how to do it, making a living out of it, creating a circle that we don’t know where it ends.” Watch the full curated Q&A event here.

Melrose Film Festival highlights the work of imaginative filmmakers across the globe and the annual festival is dedicated to celebrate the art of visual storytelling in the forms of short films, animation and music videos. In addition, staff members will offer virtual events on scene and character development, sound effects, and 3D and motion capture animation in the days leading up to the festival.

El Chácharero will be screening at Melrose Film Festival, under the documentary category:
Friday, September 18th, 2020 at 12:00pm through September 27th at 6:00pm |No registration required
Attend the virtual event here | Watch the new trailer below or click here