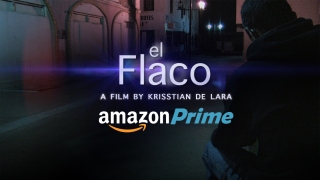 The documentary short film, El Flaco, comes to the leading video streaming service Amazon Prime this month for a limited time. The streaming platform will also include a version with bonus features with a behind the scenes interview with director, Krisstian de Lara, soundtrack from the film and more. Krisstian is excited to share the story of hard working people from Ciudad Juarez, just like El Flaco, who seek a better future and aren’t drug dealers or “bad hombres.” Read more about it here.

El Flaco has won Best Documentary and Best in Show in the Sun City Film Festival and has premiered in Mexico City, Colombia, Texas, Nashville, Boston, among others but it will be the first time to become available through a paid membership service like Amazon Prime. The platform reaches a total of 86.7 million active subscribers in the US alone and will also become available in other countries such as Japan, United Kingdom and Germany. The short can be streamed for free with an Amazon Prime membership or by rental with 7 days to start watching and 7 days to finish once started.

The film features original music from Maxwell Sterling that showcases a dark, gloomy and immersive atmosphere that depicts the hostile work environment of the protagonist, you can listen to the soundtrack here. El Flaco tells the story of a male prostitute who gives us an insight of what happens in the streets of Juarez when the sun goes down.