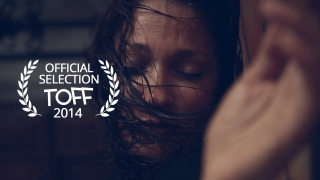 The Whisper premieres worldwide as an Official Selection of The Online Film Festival (TOFF) in the November Edition running from November 1st thru November 28th, 2014.  The Whisper will be available for viewing and voting online at The Online Film Festival website here. Krisstian is thrilled to share the film, which he directed in South Florida, and has previously received recognition at the 2012 Canes Film Festival: nominated for ‘Best in Show’ and ‘Best Actress’ for Luchi Estevez as Elena.

The Whisper is about Elena, who’s sister and nephew mysteriously drowned in a river near their home. When she goes to pack up her sister’s house, she is threatened by an evil force that wants her child.

Krisstian states during an interview for Kn2s Productions that he is delighted to share The Whisper globally with the film community and hopes viewers and fellow filmmakers enjoy the wicked film starting the day after Halloween. He concludes,

The making of this film was a strong collaborating of many talented individuals and I am glad it gets the opportunity to be shown in such global platform where like minded individuals can enjoy a quality film and the arduous work of many.
KRISSTIAN DE LARA 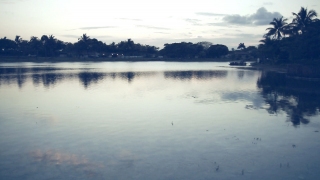 A screenshot of The Whisper short film

You can vote daily for the film, click here to watch The Whisper at TOFF!
Watch the trailer here
Read more news about The Whisper here
Visit the Official Site: didyouhearthewhisper.com