Sub Rosa is the title of Krisstian de Lara’s upcoming thesis film, a project he has been developing since May of 2012. Krisstian strongly believes he will have the support to bring this memorable story to the big screen for the whole nation to see!

Sub Rosa is currently in pre-production and is supported by very talented people including Tom Musca, Giampiero Paglione, Bryan Trotman and Lu Liu, among others (read more about the crew below.) “We have professional and talented crew on board but we are missing a crucial price to make this project successful: the funds.” Krisstian states in the Kickstarter fundraising campaign video. All of the donated funds will be used exclusively to cover the bare necessaries such as food, transportation, location fees and equipment rental.

But before we get into the details, let me tell you what Sub Rosa is all about:

What is Sub Rosa?

Sub Rosa is the coming-of-age story of a male teenager who has grown up under the shadow of his authoritative father. Over the course of a single summer, events transpire which transform this boy into an adult who challenges his dad in very unorthodox ways.

Our goal is to make a film that will leave people talking for days. Something that will be memorable and thought provoking. While Sub Rosa will address some sensitive and taboo topics it will be done in a professional and tasteful way. After all, this is a character driven story. It’s a film being made to tell a story that has not been told before.

Who Is The Director? 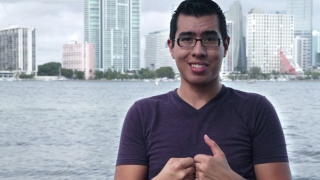 Krisstian de Lara is a second year Graduate Student at the University of Miami (UM) pursuing a Master of Fine Arts in Motion Pictures Production. Originally from the border communities of El Paso, Texas and Juarez, Mexico where he worked for 9 years in the field of broadcast television. As a Producer, Editor, Technical Director and Commercial Director for Univision and XHIJ Channel 44 he… (read more about Krisstian’s biography here)

There’s lots of filmmakers, although they might be talented they don’t have that extra quality and I believe Krisstian does have that quality, you see it in his work, his commercials, his short films, even his website, krisstian.com.
Rolando Viñas, Story Consultant

Who Is The Lead Actor?


Mario Temes is a young upcoming actor originally from the Miami, Florida. Mario first entered the world of acting in his middle school years where he began doing theater work for his schools thespian club and musicals for his schools glee club. After having done enough theater work, a couple of commercials, and TV appearances, Mario wrote it all onto his resume and got in contact with photographers to take some professional head shots and submit his portfolio to different agencies and production companies in South Florida. Many in the industry were very pleased with his performance and look. After have gotten in contact with various agents and production companies in the industry, he began acting for various films and television shows in Miami.

Who Is Behind this Project?


Tom Musca is Krisstian’s mentor and chair committee for this thesis film. Musca co-wrote the popular Warner Bros. and Academy Award nominated film, “Stand and Deliver” with the director Ramón Menéndez. Musca expresses his thoughts when asked what he thinks about Sub Rosa‘s concept, “This is a very sexy film, it will feel warm, sensual, round. You can smell this film and that’s why I like it, it has great potential to be sexy and psychologically interesting simultaneously. ” He continues,

It is not about sex though, there’s something about this film that leads itself into interpretation. Is a film you will talk about, after you see it.
TOM MUSCA

None of the money is going into our pockets, every last cent is going to be used so that we can make this an outstanding film and with your help we can make this dream become a reality. Giampiero Paglione is the producer of this film and he has traveled around the globe to produce and direct a short films; he recently helped in the production of a film in China. Krisstian and Giampiero meet during their graduate years at UM and he explains the reason why he is producing Krisstian’s next film, “Ever since I read the script I fell in love and I said to myself this film has to get made. There are no words to describe how excited I am about this project.”

Meet Our Director of Photography

Join to watch the archived Director of Photography’s campaign video.

Michael Chavez is Sub Rosa’s Director of Photography and he states, “It will be challenging to capture the sexiness in an artistic manner through the use of lighting and composition; influenced by the Italian renaissance that will embrace feminine sexuality and the act of love.” 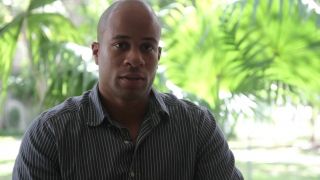 Bryan Trotman has always liked dark and twisted stories and Krisstian detected that in most of his scripts. This story was meant to be written by him. Krisstian and Bryan meet at UM and collaborated in the production of several films during their graduate years. Bryan explains the rewarding experience it has been writing Sub Rosa, “100% of the funds will go directly into making this film, not a single penny will go into our pockets. In my mind I’ve already been paid because it was so much fun writing this story. So please, donate, your contributions will be much appreciated. And let’s get Sub Rosa made!”

Why Should I Help Fund Sub Rosa?

Producing a student film comes with little or no budget. In order to fulfill the promise of telling this story the way we want to, we need your help. We have the experience, creative talent and shared drive to make this film the best it can be. The amount we are asking for is to cover the cost of everything we need to make Sub Rosa happen from pre-production to post. Your generous donation will help to make this a reality. You will become part of a story that people will remember and will be talking about. You will be helping to make this happen. It’s going to be an exciting journey from start to finish!

To show our appreciation of your support, we are going to have some great rewards. In addition to offering digital downloads, movie posters and behind the scenes footage from production, we are also going to offer rewards that apply some of our best skills to help with your projects. Skills such as banner and poster design as well as script consultations! We are even going to throw in some fun rewards like Twitter follows and virtual “head-swaps” with the director!

We don’t get a penny if we don’t reach our goal. So please make a pledge. Any amount helps, thank you!
Krisstian de lara

Please click here to go to the Kickstarter donation page.