Krisstian de Lara makes his feature film directorial debut this summer with “Investigation 13,” written by Clay Smith and produced by Rolando Vinas. Investigation 13 is a supernatural/horror story that takes place in abandoned asylum in the middle of Everglades National Park in South Florida. It follows a group of college students hoping to scientifically unlock the secret to life after death and thereby achieve worldwide success. However, they are led into an investigation that might be their last. 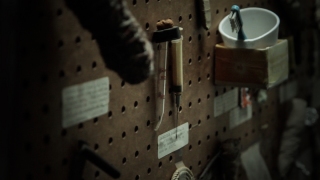 As the team immerses into the investigation of the urban legend known as the ‘Mole Man,’ layers of jealousy, love and ego threaten to derail their goal and turn into disaster. It’s an incredibly intriguing story that keeps you on the edge from start to finish due to the complexity of character’s emotions and their interaction within the situation. Investigation 13 is not your typical horror movie. It breaks the horror genre mold with a unique love triangular that will satisfy audiences in new ways.

Investigation 13 will have a traditional narrative story-telling but with a unique combination of technology including found footage, infrared cameras and smart glasses to name a few. The film will be photographed by Ricardo Valdez, a talented Director of Photography who has photographed movies such as “Time Warrior” and “Yoga Is: A Transformational Journey.”

Krisstian de Lara was first contacted last September by producer Rolando Vinas, who he worked with on previous films such as, “The Whisper” and “Sub Rosa,” to work on a new project. “I was handed several feature film scripts but nothing caught our attention until Rolando came across this material.” Krisstian said in an interview with Kn2s Productions via www.kn2s.com. Rolando and Krisstian knew at that moment they had something special. It was a project Krisstian could not say no to.

Investigation 13 takes you into a wild ride. When you think you know what’s going to happen next, the story takes another turn. It will definitely keep you on the edge of your seat when you see it on the big screen.

Krisstian wanted to bring dedicated performers on board and, with help from the creative team, assembled a stellar cast.  It has been officially announced that the film will feature horror legend and 40 year acting veteran, Meg Foster. Patrick Flanagan, Stephanie Hernandez, Giordan Diaz, Jesse Ramos, William Alexander, Peter Aratari and Brogan Farrell are also featured.

In preparation for pre-production table reads with cast members, meetings with the creative team and crew have been conducted throughout the month of May. Investigation 13 will go into production later this month and is scheduled to premiere in selected theaters in the United States by 2015.

Krisstian wishes to thank the creative team and is excited to work with talented people to make this film a reality. Krisstian concludes,

I look forward to telling a compelling story and making every frame worth seeing.

For more information about this project please visit, Investigation 13 on IMDb.