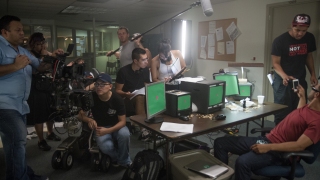 Krisstian de Lara makes his directoral feature film debut with independent horror film Investigation 13 under the production house of Gorilla Studios. Investigation 13 is a supernatural/horror story that follows a group of college students hoping to scientifically unlock the secret to life after death and thereby achieve worldwide success. The team gets immersed into the investigation of the urban legend known as the ‘Mole Man’ at an abandoned asylum in the middle of the Everglades National Park in South Florida. However, they are led into an investigation that might be their last.

Investigation 13 also debuts Krisstian as a feature film co-writer. The original screenplay was written by Clay Smith and re-writes were performed under the supervision of Krisstian and the film’s producer, Rolando Viñas. Investigation 13 promises an intriguing and thrilling experience as the characters face layers of jealousy, love and ego that threaten to derail this investigation into disaster. Krisstian speaks about the developing writing process on a recent interview with Dread Central, “It wasn’t until Rolando and myself went into rewrites and developed a love triangle, changed every character to be as intelligent as possible and raised the stakes for this particular investigation of theirs, that I knew we had something very special.” 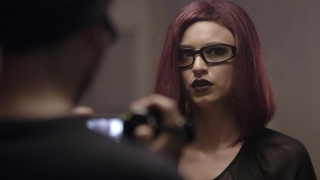 The film features a stellar cast with horror legend and 40 year acting veteran, Meg Foster with Stephanie Hernandez, Patrick Flanagan, Giordan Diaz, Jesse Ramos and the unfortunate passing of the young actor, William Alexander. Peter Aratari also makes his acting feature film debut with the Mole Man. “Ultimately, we get to experience the journey through the protagonist Melanie Gates, played by phenomenal actress, Stephanie Hernandez, and learn more about the Mole Man as she uncovers more information. This story is very different from usual horror films that tend to be one dimensional. It was important to me to create a protagonist that was fully realized that the audience would understand and care about to comprehend her thought process when encountering such a hostile and complex situation.” Krisstian says for Dread Central. 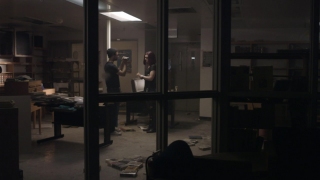 Investigation 13 also incorporates 2D animation to tell the backstory of the villain, a revolutionary and unique approach in the horror film industry. Krisstian speaks about this polemical storytelling technique used in the film on an interview with The Geek Speak Show, “‘I think there’s something special here. It feels like we are breaking into something new.’ And who knows? It might be the great staple of Investigation 13 […] I was all in for it.”

The project was filmed in Miami under the remarkable guidance of director of photography, Ricardo Valdez which has been highly acclaimed by critics on IMDb. Additionally, the original music, created by Maxwell Sterling has also been hailed by critics creating a chilling and innovative sound to the picture. Krisstian sums up the film’s atmosphere during Dread Central’s interview,

The asylum was a character of its own, and what better way to experience it myself in flesh and bones, and immortalize it in Investigation 13. Hopefully, we also captured an identity or two for audiences to enjoy at home as well.KRISSTIAN DE LARA

The film is distributed by Uncork’d Entertainment and debuts this month on all digital platforms such as Video on Demand, iTunes, Amazon Prime, YouTube, Microsoft, Fandango, Vudu, DirecTV, and GooglePlay including it’s physical DVD format over at Walmart nationwide! Make sure you look under “New Releases” by the horror section!


Investigation 13 is out now on all digital platforms for rent or purchase:
iTunes | Amazon | YouTube | Microsoft | Fandango | Vudu | DirecTV | GooglePlay
On DVD:
Walmart