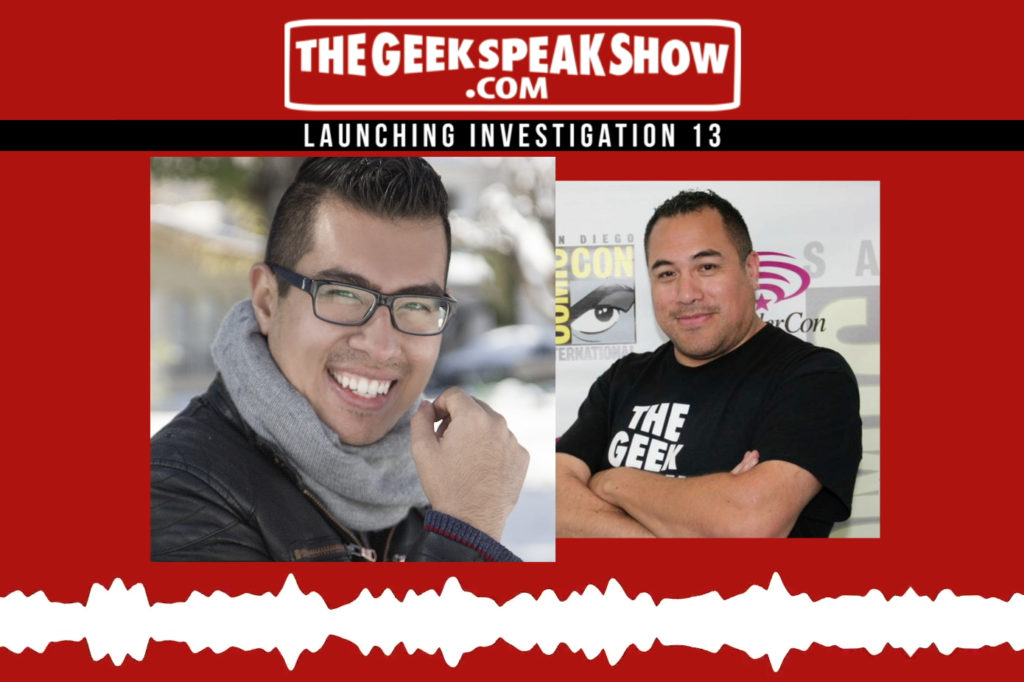 Director Krisstian de Lara gets interviewed on The Geek Speak Show by Henry San Miguel, a well known radio host in San Francisco and Los Angeles, to speak about the premiere of Investigation 13 that launch this month nationwide at Walmart and digital platforms in this special episode titled, “Launching Investigation 13.” In the show, Krisstian and Henry delve into various topics, such as if the urban legend of the Mole Man is real, the polemical choice of using animation for a horror film, scalding temperatures while filming, the pressure of debuting as a feature film director, spooky production anecdotes, advice to aspiring filmmakers, the type of films Krisstian tries to create, challenges faced for distribution, and upcoming projects.

During the podcast interview, Krisstian debunks the urban legend of the Mole Man and speaks about the controversial animation storytelling technique used to tell it, “I wasn’t very excited about it. I was like, ‘What? Cartoons? How is that gonna work?’ And then some people started watching it, some producers, and they were telling me, ‘You know, I think there’s something special here. It feels like we are breaking into something new.” And who knows? It might be the great staple of Investigation 13 and the other sequels that might be coming up. So, after listening to that I was like, ‘You know what? This could work… and I see it.’ So, while we did found footage, smart glasses, infrared cameras, I was like, might as well throw this in and I knew I was doing something different. So, I was all in for it.”

Later, Krisstian elaborates the difficulties of filming under no air conditioning on a hot summer day in Miami. Plus, Henry goes into depth asking Krisstian what was the biggest challenge production faced, “Every movie has its own challenges and this one was time, the heat, and trying to get your vision out because that’s the most important thing. Because you are spending all of this money from investors. So, this movie has to come out […] There was a lot of pressure on my side also, as a first time director to prove myself. Not first time director but first time feature film director. So, I had to prove myself that I can actually do this and everything was on the line, you know.  If this does not come out well, it might be the end of my career, and I’m barely starting!” Krisstian and Henry laughed. 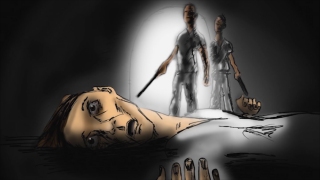 Krisstian recounts spooky anecdotes that happened on set, such as when the crew got stuck inside the elevator while trying to get to a floor management said not to go to due to paranormal activity, and what Krisstian did to come at peace with the spirits living within the walls of the asylum before starting principal photography. When asked about de Lara’s short film inspired by the Mexican folklore legend of “La Llorona” and how it compares to the feature film version “The Curse of La Llorona,” he dived into how important it is to have Latinos tell their own stories, “We have a lot of things against us. Even Investigation 13, putting a female as a protagonist and she’s Hispanic as well. She did a great interview recently, where she talks about the casting call and me, in my mind, obviously this is a business. In a way, we were looking for— And I don’t remember this, I’m shocked she remembers this so well but we were looking for a white woman with purple hair and she said, ‘they are never gonna get me. I’m Hispanic, I don’t have purple hair’ and she decided to go to the casting call [anyway]. She blew me away and I gave her the part. Yeah, in a way we were looking for something else but if she would of not gone we would of end up with, you know, your typical white woman were we can guarantee in a way with investors and distributors that it would make money. Also, thank you to the distributors and everyone who is believing in this project because we have these little details against us.” Krisstian concludes his thought,

They don’t believe but I’m sure because we have this wall that we believe Hispanic or Latino stories won’t sell.
KRISSTIAN DE LARA

Henry adds, “All these walls, always trying to get these walls up against us. They don’t work.” They laugh.

Krisstian finishes the interview by inviting audiences to follow him on social media and join his filmmaking journey with Investigation 13 and the premiere of his upcoming documentary short film titled, El Chácharero, that tells the story of a man that survives by picking up trash in downtown Juarez, Mexico premiering at El Paso Film Festival at the end of the month.

Listen to the entire 47 minute episode “Launching Investigation 13” below or click here.