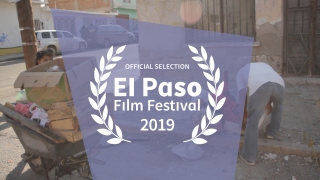 El Chácharero gets officially selected to premiere at the second edition of El Paso Film Festival this Saturday, October 26th, 2019. El Chácharero will debut under the “Documentary Shorts 2” program, along with other short films that feature stories and filmmakers from the border community of El Paso, Texas and Juarez, Mexico, at El Paso’s downtown Museum of Art. After the short program, a Q&A will be conducted with the filmmakers, including Director, Krisstian de Lara, who is excited to debut the story of El Chácharero which highlights the honesty and tenacity of the human spirit of the Mexican lower working class.

The second edition of El Paso Film Festival will present feature and short films from narrative to documentary and award grant prizes to the best films in every category. The festival, coordinated by filmmaker Carlos Corral, seeks to showcase work from aspiring filmmakers that have filmed projects in the border community and provide to an audience that enjoys independent work that aren’t available in mainstream theaters. The four-day festival, initiating Thursday, October 24th, will kick off with the grand screening of feature film Red 11 with special guest director, Robert Rodriguez.

El Chácharero is the third installment from a trilogy of documentary films that showcase the most shocking lives from the border community of Ciudad Juarez, Mexico and El Paso, Texas. This third chapter will bring together the stories of these individuals that have shaken the film community of the borderland and promises to live up to its predecessors with a compelling raw story. El Chácharero, tells the story of Edras, a man that survives by picking up trash in downtown Juarez, Mexico, directed by Krisstian de Lara, produced by Uriel Venegas and music from Floating Isle and Remy Bourgeois. 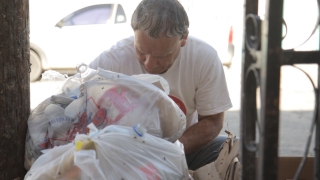 Krisstian states during an interview for Kn2s Productions that he initially had small hopes of finding a story that could top off the other two installments, “Thankfully I had producer, Uriel Venegas, by my side pushing me and ultimately propelling this project into production because he was more actively looking for a story than myself. Nonetheless, it was not until we were in downtown Juarez together with the film equipment and we were struck by luck once again, just like the previous films. We found a very revelatory story that reflects the economic and social struggle of the city and shocks you once again due to the reality and nature of the subject. I am grateful to have found El Chácharero and be able to tell his story through this platform and hopefully have audiences see the raw truth of what families like his are going through.”

Uriel delves into why he believes El Chácharero story is pertinent to the border community during an interview for Kn2s Productions, “I believe society and the government have forgotten about people like Edras […] His family made a living picking up “chácharas” [trash] along the streets and he believes that’s the only job he’s good at.” Lastly, Krisstian shares his thoughts on why this documentary is also important to audiences outside the US-Mexico border community,

This film just like El Dragón and El Flaco, spotlights the tenacity of the human spirit and the willingness to survive. It limelights the honorable way of earning an honest living despite how shocking that might be. That to me, is something to applaud for.
KRISSTIAN DE LARA