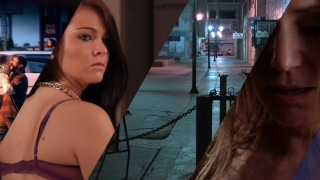 From shocking documentaries to audacious short films, Krisstian de Lara’s 6-film collection launches on subscription based platform Patreon. Members will have the ability to access the entire collection to steam online anytime. The platform will feature documentaries, dramatic, horror short films and never before seen behind-the-scenes interviews with cast and director collecting up to 125 minutes of content. Also, the platform will premiere the unreleased documentary short, El Chácharero, bringing de Lara’s documentary trilogy available for the first time in unity to the public.

All films have premiere at renowned film festivals across the US and around the world, received media attention and recognition. De Lara’s projects have received such attention in the form of winning accolades of best in festival, to be featured on rental platforms, and be showcased on front page newspapers, to name a few. This collection that has shaken the film community and audiences abroad, hopes to reach new horizons through the niche content consumers of Patreon.

Through the platform audiences will have the opportunity to choose from two level tiers, the “Trilogy Patreon” and the “All-Access Patreon.” The first level, “Trilogy Patreon,” audiences can enjoy the entire short documentary trilogy. In the second level, “All-Access Patreon,” members will have access to the full library including three additional films and exclusive behind the scenes interviews. Check out the available films below or watch them over at Patreon here.

Memberships can be purchased using any credit or debit card and any member can stream the films at anytime, anywhere. Additionally, de Lara announces that ongoing contributions will go towards funding the post-production phase of upcoming feature film project, Rift City. Any patron contributing past 6 months will receive a special film credit at the end of the film! To learn more about Rift City visit the Official site here.

Gain All-Access to the entire collection here or click the button below.

If volcanic rocks were snowflakes, I'll send you a