El Dragón gets officially selected to screen at the inaugural El Paso Film Festival on Saturday, September 15th, 2018. El Dragón will screen under the “Shorts 4” program, along with other short films that feature stories and filmmakers from the border community of El Paso, Texas and Juarez, Mexico, at El Paso’s downtown Museum of Art Theater. After the short program, a Q&A will be conducted with the filmmakers, including Producer and Director, Krisstian de Lara, who is enthusiastic to share the story of El Dragón which highlights the endurance and perseverance of the human spirit of the Mexican lower working class.

The launch of the inaugural El Paso Film Festival is coordinated by filmmaker Carlos Corral with the support of the El Paso Filmmakers organization and the philanthropic help of the Paso Del Norte Foundation. The festival seeks to showcase work from aspiring filmmakers that have filmed projects in the border community and provide to an audience that enjoys independent work that aren’t available in mainstream theaters. The three-day festival, initiating Friday, September 14th, will present feature and short films from narrative to documentary and award grant prizes to the best films in every category.

El Dragón is a documentary short, directed by Krisstian de Lara, that tells the story of Jorge, a fire breather who makes a living working on the streets of Ciudad Juarez, Mexico. 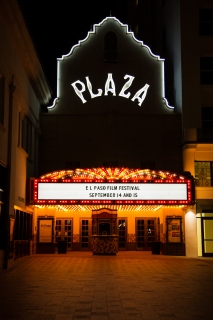 Corral speaks with Kn2s Productions in an online interview about bringing border stories into the limelight with this festival and what makes El Paso unique from other border cities, “El Paso is one of the largest border cities in the United States and with that, has a growing art and film community. Filmmakers that come from the borderland have a different perspective when it comes to their storytelling and with that, excel in using their cultural influence [sic] to create their stories.” Corral encourages filmmakers to tell stories that reflect themselves, “Filmmakers should always tell the stories of the border that have shaped their personal lives, no matter where they grew up. By telling a personal story, the filmmaker will pour all of their passion into communicating a story that an audience can connect with and love.”

Krisstian states during an interview for Kn2s Productions about filming El Dragón, “When I started filming the documentary I was not sure what I was going to get. Nonetheless, after Jorge’s first spit of fire, I was in shock! I was so mesmerized by his talent that at that moment I thought to myself, this is golden. Every minute thereafter, I devoted all of my energy and storytelling skills to capture this short moment in his life and asked questions to get to know him in more depth. His personality was refreshing and it shined through the lens.” In El Dragón‘s official interview, Krisstian also shares what he learned from Jorge,

He has been throwing fire for around 13 years, and almost die doing it, but still continues because he sees light at the end of the tunnel. There’s hope. So, that’s one of the biggest lessons I take from him, and that I hope audiences will connect with.
KRISSTIAN DE LARA

El Dragón will be screening at the El Paso Film Festival, under the “Shorts 4” program:
El Paso Museum of Art, 1 Arts Festival Plaza – Saturday, September 15th, 2018 at 1:30pm to 3:30pm in El Paso, Texas.
View the program here. | Watch the trailer below or click here