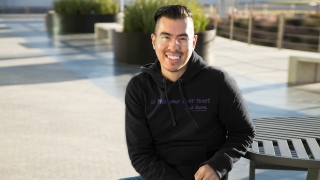 From apparel to home decor, Krisstian de Lara’s online store launches on teespring.com this month! Shortly after premiering a subscription based platform over at Patreon, now fans and audiences will have the opportunity to purchase official merchandise from Krisstian de Lara’s vast array of narrative and documentary films. The new store is intended to highlight popular quotes, images, new content and phrases inspired by or taken directly from de Lara’s films. The store will be the first of its kind to offer merchandise from Krisstian’s content to serve the growing demand of ownership of official physical items by worldwide fans.

Krisstian’s films have premiere at renowned film festivals across the US and around the world receiving media attention and recognition. The recognition has come in the form of winning accolades of best in festival, to be featured on rental platforms, and be showcased on front page newspapers, to name a few. De Lara’s films have shaken the film community and audiences abroad, and it is hoped they will also enjoy these collection products that are expected to drop periodically. 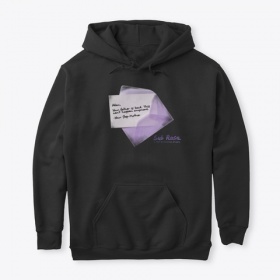 The store inaugurates with its first collection of classic tees, crewneck sweatshirts, and pullover hoodies from the acclaimed short film project Sub Rosa showcasing direct quotes, images and phrases inspired from the film. Sub Rosa tells the story of Alan, a teen bullied by his father to grow up and fights between the love of his step-mother over his father’s life. The collection features designs of Edna’s direct movie line, “Is this your first time?” said when Alan climaxed too soon titled “First Time“, an inspired image of a letter by Edna to Alan saying, “Alan, Your father is back. This can’t happen anymore. -Your Step-Mother” with car oil stains titled “Reality Check Letter” and lastly, an inspired comedic phrase to Alan’s first time, “Two Pump Champ” titled “Two Pump Champ” with Sub Rosa‘s Official logo on each design.

Consequently, the online store expects to expand its collections with other products such as mugs, face masks, socks, hats, bags, stickers, home decor and more! Also, it is scheduled to feature merchandise from previews and future films such as Rift City, Limbo and the recently finalized border documentary trilogy starring El Dragón, El Flaco and El Chácharero. The store will feature projects produced by de Lara’s production house, Kn2s Productions, and products can ship from the US or Europe and deliver all over the world. Purchasers can complete a transaction using any credit/debit card or Paypal.

Stay on the look out over at Krisstian’s social media for new merchandise and if you have not watched de Lara’s entire library of films watch them on demand here or join to watch all of them.

Watch a preview of the films the store will be featuring merchandise of in the video below or click here.


Visit and purchase the launching collection at Krisstian’s new online store here or click the button below.