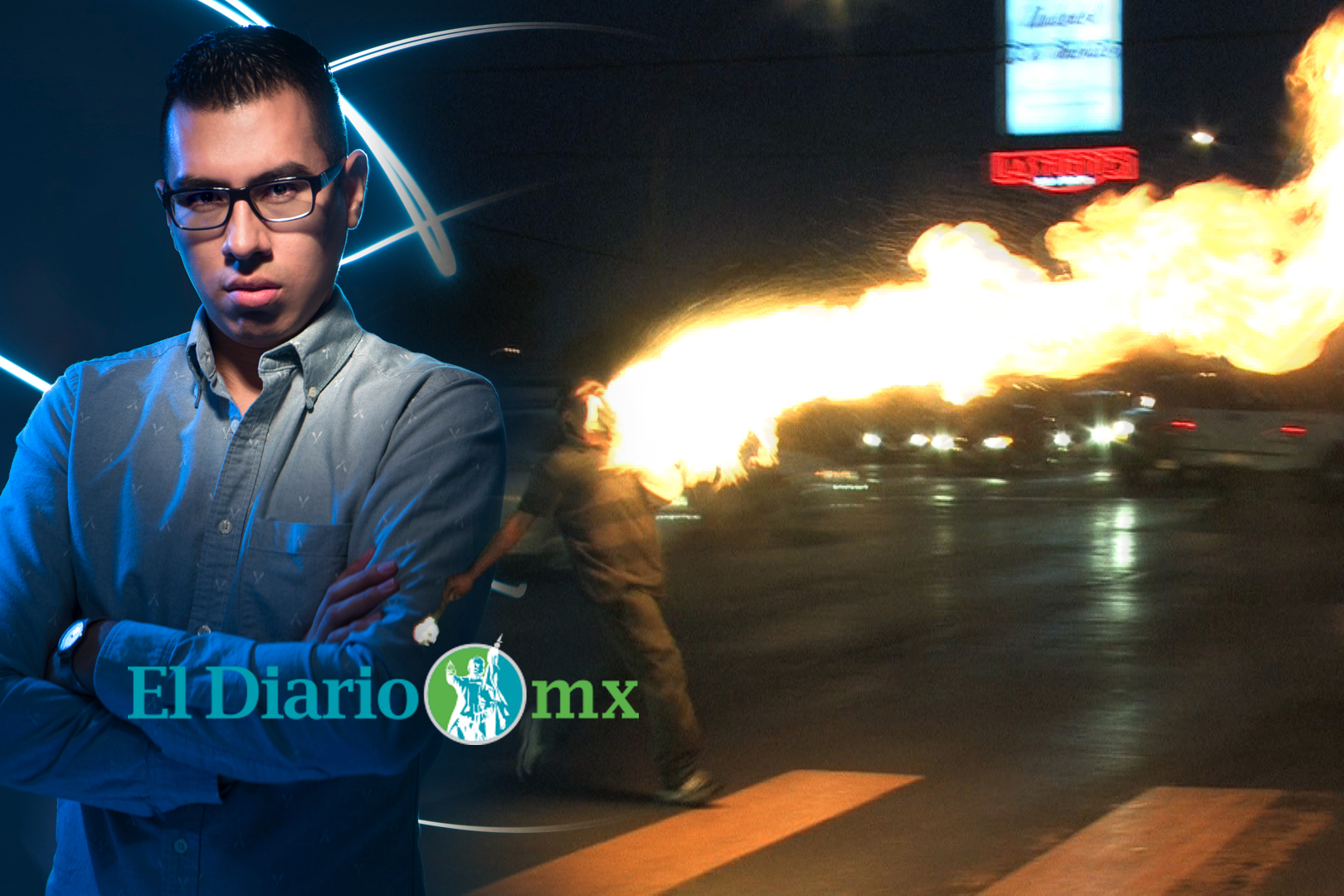 Director Krisstian de Lara gets interviewed by local newspaper El Diario de Juárez to speak about the premiere of El Dragón at Plaza Classic Film Festival under the Local Flavor showcase this Saturday, August 12th. The article “Con sabor local” (With Local Flavor) goes into detail about the film festival showcasing fifteen films from seven filmmakers from the border community of El Paso, Texas and Juarez, Mexico, including the city of Monterrey, Mexico.

In the interview, Krisstian speaks about using The University of Texas at El Paso’s equipment to film the project, “It took me a day to film it, I remember that day, I rushed to Juarez to find a fire spitter and I found Jorge.” Krisstian said during a phone interview with El Diario reporter, Natalia Piña.

The article also states, “Jorge, also known as, ‘The Dragon’, agreed to be filmed by the director for the documentary, in which he said did not mind doing such a dangerous task to earn money in an honest manner.” When asked how Krisstian felt about the film premiering at Plaza Classic Film Fest, he responds: “I feel very happy to showcase the working people that fight day by day to attain a respectable life.”