Storytelling in film can be one of the highest levels of human connection and, at the same time, a roller coaster of emotions, conflicts and decision making. Krisstian de Lara, the director of Sub Rosa, has always been intrigued by stories in film with rich characters and conflicts that lie deep in human physiological roots. The complexity of how characters intertwine among each other, provoking and challenging their morals, standards and ideals, is what Krisstian seeks in the making of any story made for the big screen. These are the very first steps on how Sub Rosa begins to take shape. 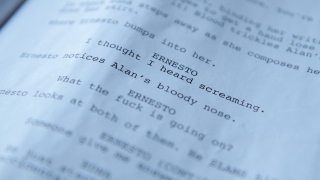 Krisstian strived for a story that could be complex, yet subtle and full of emotions.. "I definitely wanted to make a serious story where characters faced complex situations induced by their actions. I wanted to step out of my comfort zone and do something I had never attempted to do before." Krisstian's biggest inspirations come from directors like Lars von Trier and Luis Buñuel along with films like Dancer in the Dark and Weekend. "I changed the direction of the story when I came across comments by users in news sites while researching pedophilia. I noticed a big change of perspective when a man was involved in assaulting a young female versus a woman assaulting a young male. The age of the victim was also very significant in shaping people’s views."

Krisstian concluded that an assault of a teenage male by an adult female is more socially acceptable than the assault of a teenage female by an adult male. "I believe it comes down to culture and societies acceptance regulated by- well, ourselves. We determine what's right and what's wrong and the fine line between these two." At that moment, Krisstian felt that he needed to address these questions in Sub Rosa and raise topics far ahead of just storytelling and filmmaking but criticizing society's ideals and standards. With this foundation, Krisstian moved forward to write the story of Sub Rosa. 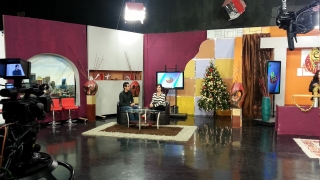 Krisstian teamed up with Bryan Trotman, a skilled writer that Krisstian believed could bring Sub Rosa's characters to life. At the same time, Krisstian began developing a campaign to raise the necessary funds to make Sub Rosa a reality. Krisstian reveals that this might have been one of the most difficult stepping stones, "getting the ball rolling was a big challenge. Circulating the project to investors and making people believe in a such dark story was tough." But, as tough as it was, it was not impossible, as Krisstian was able to raise $5,000 thanks to the support of investors, family members and friends.

The next step in the development of Sub Rosa was a rigorous month of casting calls and auditions. Krisstian knew that finding talented actors was key to bringing Sub Rosa's story to another level. "When I saw the casting call for Sub Rosa, I knew I had to audition. As soon as I read the story line my jaw literally dropped" says Mario Temes, the lead actor of Sub Rosa, in an online interview through Kn2s Productions via kn2s.com. In another interview with Kn2s Productions, Julie Kendall who plays Edna in Sub Rosa adds, "I read the description and it sounded like a very unique story. I was intrigued and the character breakdown for Edna, was a role that I had wanted to do for a long time. As a serious actress,

I love doing roles that are way out of my comfort zone, and Edna was definitely one that pushed me, further than any other.

The characters of Sub Rosa were serious roles with very delicate moral conflicts, prospective actors needed to deeply connect with the character for its successful execution. Julie recalls when she read the script for the first time and seeing herself as Edna, "I was a little scared; maybe a little intimidated by her, as she is a very powerful woman, but the more I read the script, the more I realized that there was a lot of me that I saw in her, and then I started to understand and connect with her, and realized how much I wanted to play this character. I really connected with her in so many ways, that it kinda scared me, but made me really excited to explore." 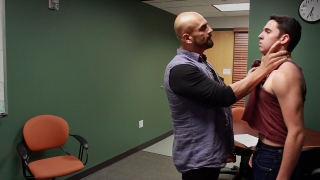 Sub Rosa also touches on the matter of bullying, a very personal topic for Mario Nalini, the actor who landed the role of Ernesto, Alan's aggressive and authoritative father. Nalini states, "Coming from a background where I was raped as a child at the hands of a babysitter. Making Sub Rosa allowed me to trust once again. I did my first nude scene, my first sexual scene, my first major principal role. Sub Rosa gave me all that. Plus, confidence that I was lacking. I’m in Los Angeles (California) now with three projects to shoot soon. Sub Rosa gave me that! It was a very rewarding experience for me. So to put myself in the place of the abuser was eyeopening."

Krisstian remembers doing multiples auditions having a hard time finding the right Edna and Ernesto. So, what was Krisstian looking for? "You really cannot define it until you see it on camera." Krisstian says during a double interview with Mario Nalini for kn2s.com. "Nalini had a good chemistry and presence. Ernesto came alive when he performed. I am not be able to tell you exactly what it was. You just have it and that's the beauty of acting. Either you have the magic inside you or you don't." Nalini then smiles,

'Magic inside'... I like that. Thank you director K.

Unlike any other casting, when Mario Temes audition he landed the part in the first take. "The way I saw Alan in my mind was exactly being performed in front of me. He drew me in and it really blew my mind. For the first time, I said to an actor that I would be delighted to work with him because he just got the part." Krisstian says during the post-production phase of the project. "I was speechless and so very grateful" Temes said. 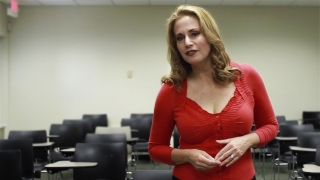 Julie shares her first thoughts when walking into the audition room, "I really wanted the part. I felt like It was mine, because I was so connected to [Edna]. Krisstian was very warm, and very attentive to what I was wearing; how I talked, how I moved. I liked that about him. I immediately felt a passion and a respect for him, right away, and it made me want to work with him." Julie landed the part for Edna shortly after. What is her formula to land the role? "It's a secret... I can't tell you" she says giggling.

After raising the funds, getting the crew together, and finding the right actors to portray such unique characters, Sub Rosa was ready to move forward and become one of the best stories Krisstian has yet ever told. Julie adds, "Krisstian is a very dedicated director. Right off the bat, he made it clear that this was a very serious project for him, and that it would require a pretty good size commitment, including my time for table read, rehearsals, going over wardrobe and talking about the character. I hadn't ever worked with a director that was that committed, and it kinda turned me on, not in a sexual way; although everything was sexual for Edna, but it really got my professional juices flowing, and I started to feel very excited to work with him."

Sub Rosa is the coming-of-age story of a male teenager who has grown up under the shadow of his authoritative father. Over the course of a single summer, events transpire which transform this boy into an adult who challenges his dad in very unorthodox ways.