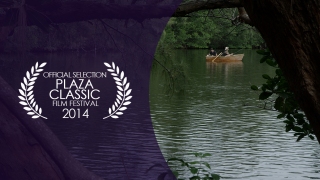 Sub Rosa premieres as an Official Selection of the 2014 Plaza Classic Film Festival under the Local Flavor Shorts program. The premiere coincides with the 10th anniversary of The Good, the Bad, the Indie Volume 10 edition on Saturday, August 10th, 2014. Sub Rosa will screen at the Foundation Room in a very popular area of downtown El Paso, Texas known for classic and local film screenings. Krisstian will attend the tri-state area premiere and will be a participant at the Q&A session hosted after the screening. Krisstian is especially excited to answer questions from the audience and share the film he directed in South Florida with the largest border community in the country, El Paso, Texas, Las Cruces, New Mexico and Juarez, Mexico.

Sub Rosa is Krisstian de Lara’s thesis film, a project he has been developing since May of 2012. It is the coming-of-age story of a male teenager who has grown up under the shadow of his authoritative father. Over the course of a single summer, events transpire with his step-mother that transforms this boy into an adult who challenges his dad in very unorthodox ways.

Krisstian states during an online interview for Kn2s Productions that he is thrilled to share Sub Rosa with the film community that saw him grow as a professional and have the film premiere in his hometown. He concludes,

I look forward to answering questions from the audience and discussing the film because, it is then, that I get complete satisfaction and is the reason I love creating these kind of stories.
KRISSTIAN DE LARA 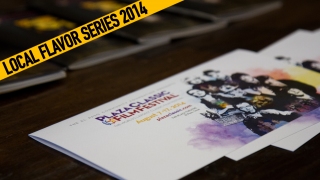 Sub Rosa will be screening at the Festival:
1. Local Flavor Shorts Program – August 10th, 2014, 2PM at the Foundation Room, Sponsored by the Texas Film Commission
Visit the official site: subrosamovie.com