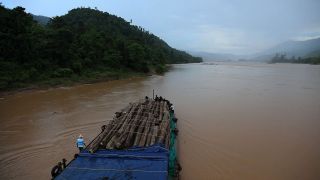 Blood Sweat and Trees, The Story of Saweto has been Officially Selected to be part of the 2015 Amazon Fortnight Film Festival (La Quinzaine Amazonienne). The Documentary will premier at the inauguration of the People Embassy in both Paris and Lyon, France on December 9th of 2015. Blood Sweat and Trees will screen at La Bellevilloise, an arts and culture center for exhibitions and film screenings, located in the heart of Paris, minutes away from the iconic Eiffel Tower. Paris is a place known for modern arts and especially French cinema, which comes close second to major Hollywood production films. American, European and Asian films are also widely shown and appreciated in the city of 2.2 million.

The Amazon Fortnight Film Festival will feature films detailing how the Amazon is tackling global climate change featuring Amazonian activists and representatives from all over the world. The festival will also be welcoming representatives of 5 different continents alongside various international speakers from the arts, science and media for discussion panels entitled, “Embassy of Indigenous Peoples.” The historic meeting will be built around an open forum to the public and will be done simultaneously in Paris and Lyon from December 9th to the 12th.

Blood, Sweat and Trees, The Story of Saweto tells the story of the Asheninka community of Saweto, an indigenous village in the Amazon who have been victimized by the illegal logging occurring on their ancestral property. The killing of activists, including Edwin Chota, who were shot by illegal loggers last year, received international attention, creating a movement across the Amazon and all over the world. The film is Directed by Robert Curran and written by Krisstian de Lara.

Krisstian states during an online interview for Kn2s Productions that it is an honor for this film to be showcased at such a prestigious event because more than the Amazon, its people are in the desperate need to be heard. He concludes,

I worked closely and tirelessly for months with the director to get this piece together and it is exciting to say it will premiere at such an international platform as Paris! Aside from that, I am glad the voices of the Asheninkas are being heard far and wide.
KRISSTIAN DE LARA 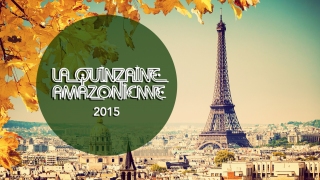 Blood, Sweat and Trees will be inaugurating “Embassy of Indigenous Peoples:”
Click here for more information at the official Film Festival site
More about the documentary: Amazon Documentary Premieres on South Beach | Watch the film